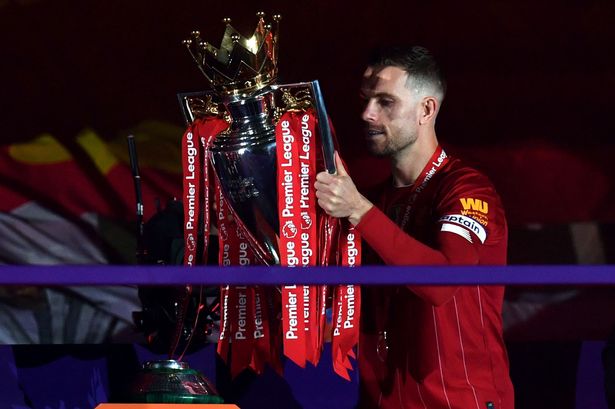 The 30-year-old helped his side win the Premier League title for first time in 30 years. He made 40 appearances in all competitions, including 30 in the league as the Reds coasted to the championship.

Henderson told the FWA website: “I’d like to say how appreciative I am of the support of those who voted for me and the Football Writers’ Association in general. You only have to look at the past winners of it, a number of whom I’ve been blessed to play with here at Liverpool, like Stevie (Gerrard), Luis (Suarez) and Mo (Salah) to know how prestigious it is.

“As grateful as I am I don’t feel like I can accept this on my own. I don’t feel like anything I’ve achieved this season or in fact during my whole career has been done on my own. I owe a lot to so many different people, but none more so than my current teammates, who have just been incredible and deserve this every bit as much as I do.”