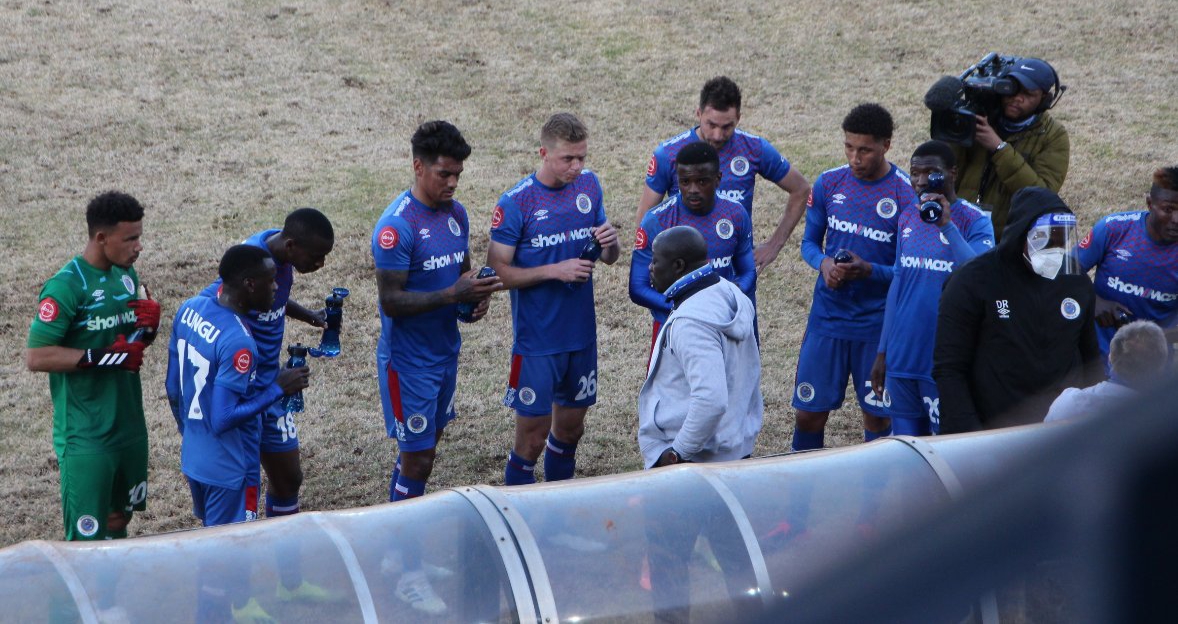 Matsatsantsa got the better of Rise and Shine thanks to goals from Lungu Ghampani in the 8th minute and Bradlely Grobbler off a brilliant Kuda Mahachi cross in second half stoppage time.

The victory was United’s first since the restart , after the 1-1 draw with Bloemfontein Celtic last week.

For SuperSport, Mahachi came on in the second half and so did his countrymen Charlton Mashumba and Walter Musona for City, who have dropped to back into the relegation zone as a result of the loss.