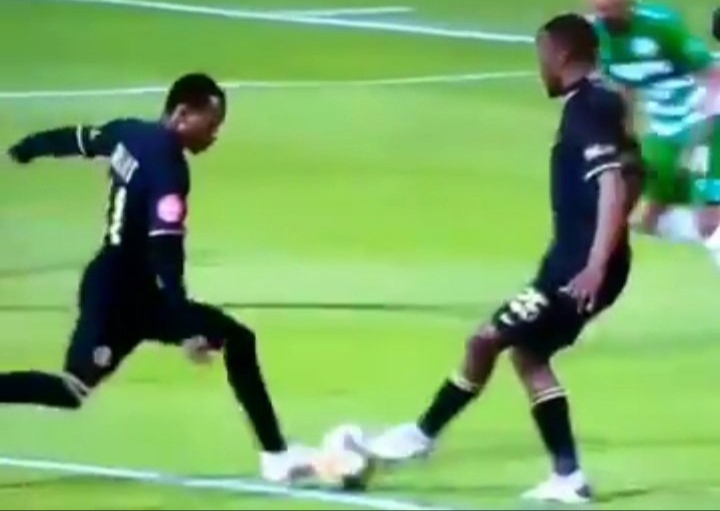 Kaizer Chiefs’ shocking defeat to Bloemfontein Celtic on Wednesday made headlines for wrong reasons for the title-chasing Amakhosi.

The loss meant that Ernst Middendorp’s charges failed to open a nine point gap at the top of the ABSA Premiership table with five games left to play and also that second-placed Mamelodi Sundowns can reduce the gap to just three points if they win their game-in-hand against Maritzburg United on Friday.

In an attempt to combine for a Chiefs free-kick just outside the box, Billiat, who was celebrating his 30th birthday on Wednesday, laid the ball for Parker, whose right foot control was inch-perfect, but before the Zimbabwean could go for the killer, Parker unbelievably tapped the ball out of Billiat’s reach.

The video of the incident, which went viral on social media, prompted some fans to suggest that Parker might have done what he did deliberately, with the intention of ‘sabotaging’ Billiat. 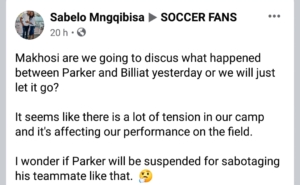