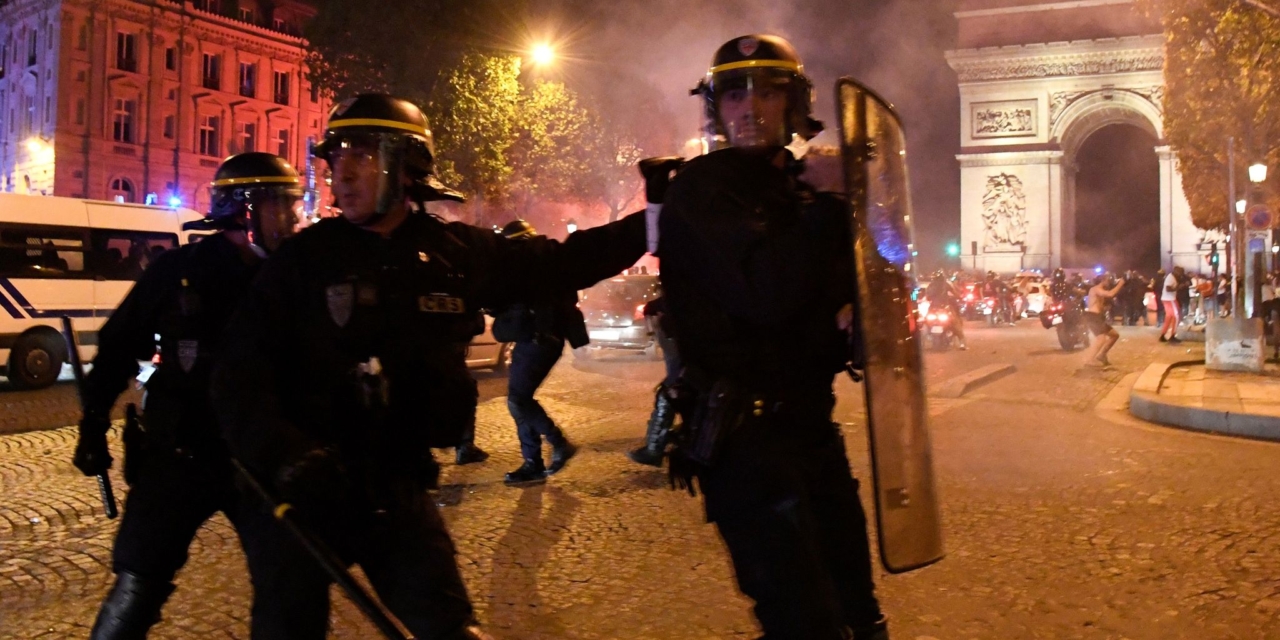 PSG fans clashed with the police in Paris last night following their team’s 1-0 loss to Bayern Munich in the Uefa Champions League final.

The unrest occurred after the match, and firefighters were called in to extinguish burning vehicles on the Champs-Elysees avenue. The damage was also done on the shops along the street.

According to information released by the police, about 83 people were arrested during the incident.

There were also clashes at PSG’s Parc des Princes stadium where 5000 fans had gathered to cheer their team on the big screen.

The chaos started after hundreds of supporters failed to get into the stadium before the game and the exchanges continued throughout the game, outside the ground, with youngsters armed with fireworks targeted with tear gas by police.