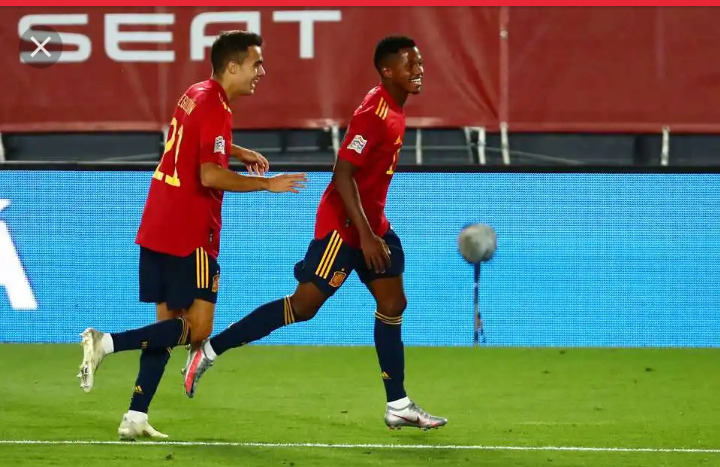 Guinea-Bissau born winger Ansu Fati became the youngest ever scorer for Spain after netting a superb strike in the 4-0 victory against Ukraine on Sunday.

The Barcelona youngster broke the long-standing record when he was just 17 years and 311 days old. He started and played the entire Nations League match and also won a penalty within two minutes that Sergio Ramos converted.

Ramos got another one before the half-hour while Ferran Torress completed the victory later on in the second half.

Here is Fati’s goal which broke a 95-year old record in Spain:

17-year-old Ansu Fati is a special player, how good is this strike 🇪🇸⭐️