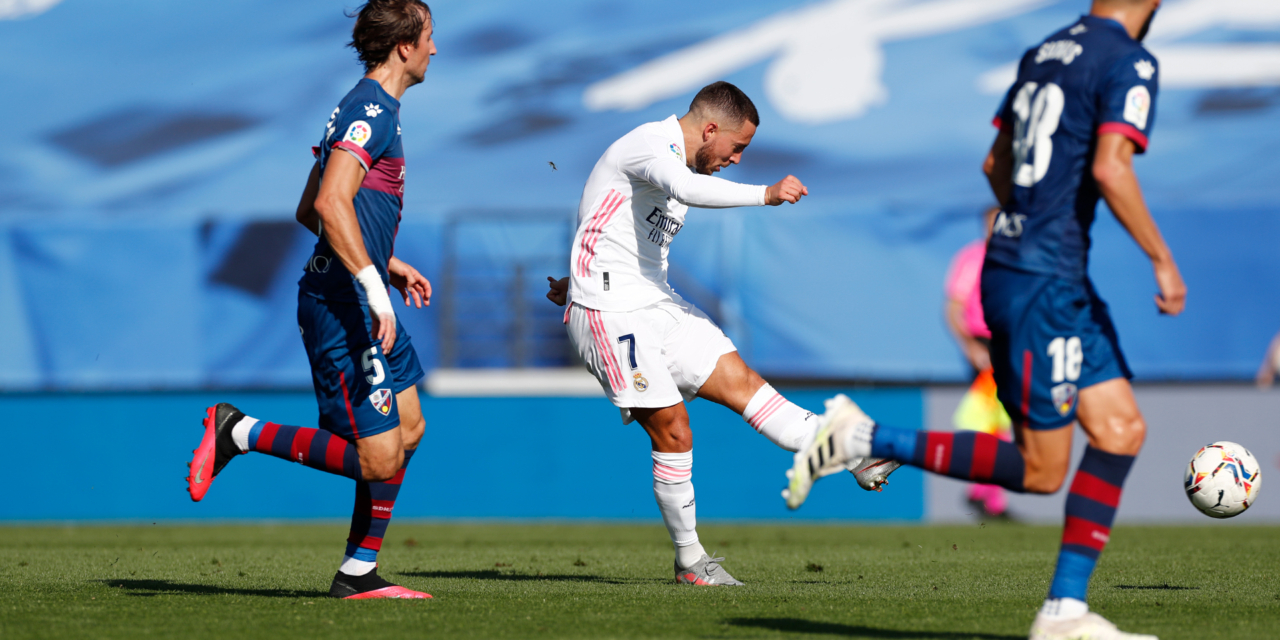 Belgian winger Eden Hazard scored for Real Madrid for the first time in over a year as the defending LaLiga champions thrashed Huesca 4-1 on Saturday.

The former Chelsea man, who has struggled to settled at Los Blancos due to injuries, returned to the side from a long lay off last week when Zinedine Zidane’s charges drew 2-2 with Borrusia Mönchengladbach in the Champions League.

He was drafted into the starting eleven today and repaid Zidane’s faith by thrusting Madrid ahead five minutes before the half time break with a well-taken left foot strike.

Karim Benzema doubled Real’s advantage in first half stoppage time to ensure a healthy at the break.

Uruguayan midfielder Fede Valverde made it 3-0 just after the restart off a Benzema assist before Huesca’s David Ferreiro pulled one back for the visitors.

Benzema then put the final nail on the Huesca coffin in the 90th minute as Madrid comfortably collected three points.