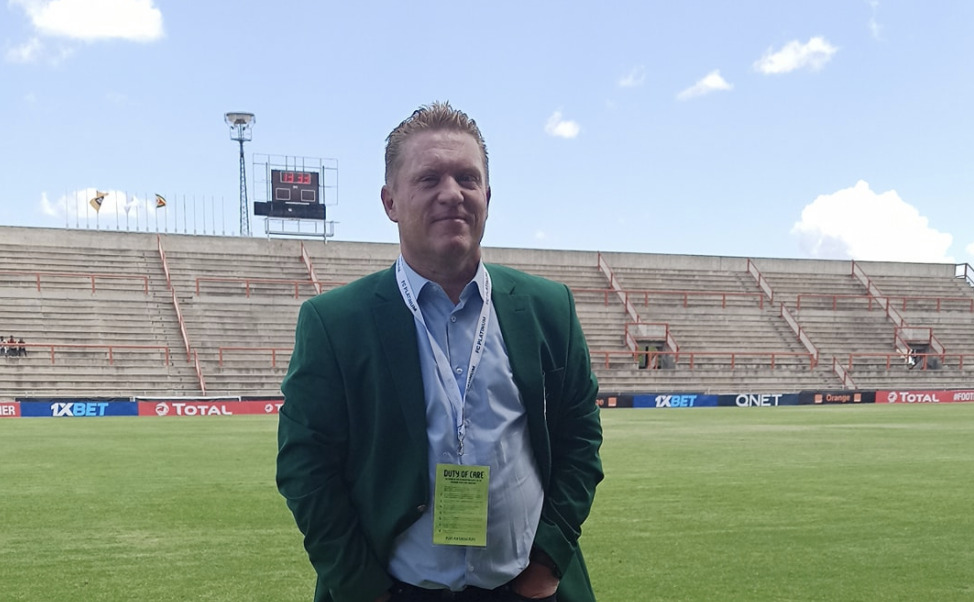 Pieter de Jongh found himself on the receiving end after trying to potray Bulawayo Chiefs as a team with no championship-winning material.

De Jong, who is jobless after parting was with FC Platinum last month, was responding to a comment posted on Twitter when the clash began.

The Dutchman was urged to go and coach Chiefs but he turned down the offer saying he only work for clubs that have potential to win the league title.

Amakhosi Amahle, the popular Twitter kings of Zimbabwe, then jumped in and took a jibe on the gaffer’s coaching qualifications that forced him out of the FC Platinum camp.

De Jongh does not have CAF A coaching license which is required for all participating coaches in the Champions League. 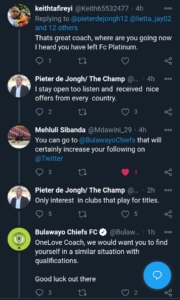