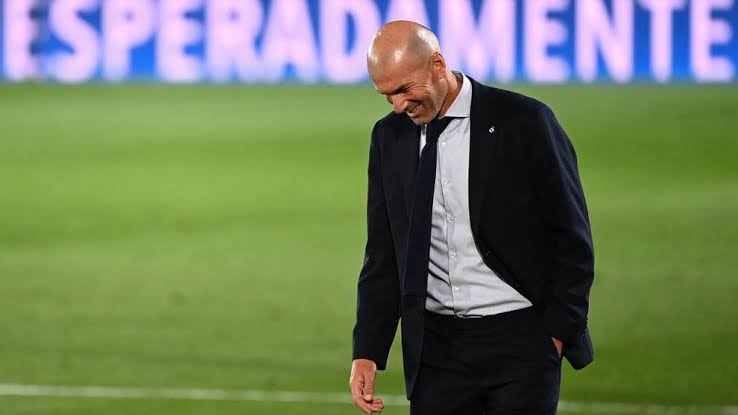 Back to back defeats to Cadiz and Shakhtar Donetsk in LaLiga and the Champions League respectively, culminated a knives out situation for Zidane, who faced criticism left, right and centre for how the team was performing.

The Spanish press was awash with suggestions that the Florentino Perez-led board would wield the axe on the Frenchman should he fail to proceed to the Champions League round of 16, and beat Sevilla and rivals Atletico Madrid in LaLiga.

The soft-spoken tactician described the three games as ‘finals’, not because he was fearing the sake, but as a way of motivating his inconsistent charges.

The possibility of Los Blancos, 13-time European champions, being relegated to the Europa League also added fuel to an already blazing fire.

Real started their resurgence with a hard fought 1-0 win over tricky Sevilla at the Estadio Ramón Sánchez Pizjuán; Yassine Bounou‘s 55th minute own goal the difference between the two sides.

The next test had football fans glued to their television sets; a must win Champions League Group B match against Borussia Mönchengladbach.

Prior to kick off, all teams in the group had a  mathematical chance to progress to the knockout stage.

A Karim Benzema first half brace ensured that Zidane’s troops progressed to the knockout stage as Group B winners courtesy of a 2-0 triumph.

Next for the Frenchman was a blockbuster clash in LaLiga, with city rivals and log leaders Atletico, who had not lost a single game in the Spanish top-flight this season and boasted of a stingy defense which had conceded only two goals this campaign.

A Casemiro first half goal as well as a Jan Oblak own goal, which should have read as a ‘brilliant Dani Carvajal strike’ sealed all three points for the white army.

In the three games reportedly stated as ultimatums to save his job, Madrid comfortably-won them all and did so without conceding a single goal.

The fact that both Atletico and Barcelona have not beaten Real Madrid since the Frenchman returned to the club for his second stint is an icing on the cake for the ever-demanding Los Blancos fans.