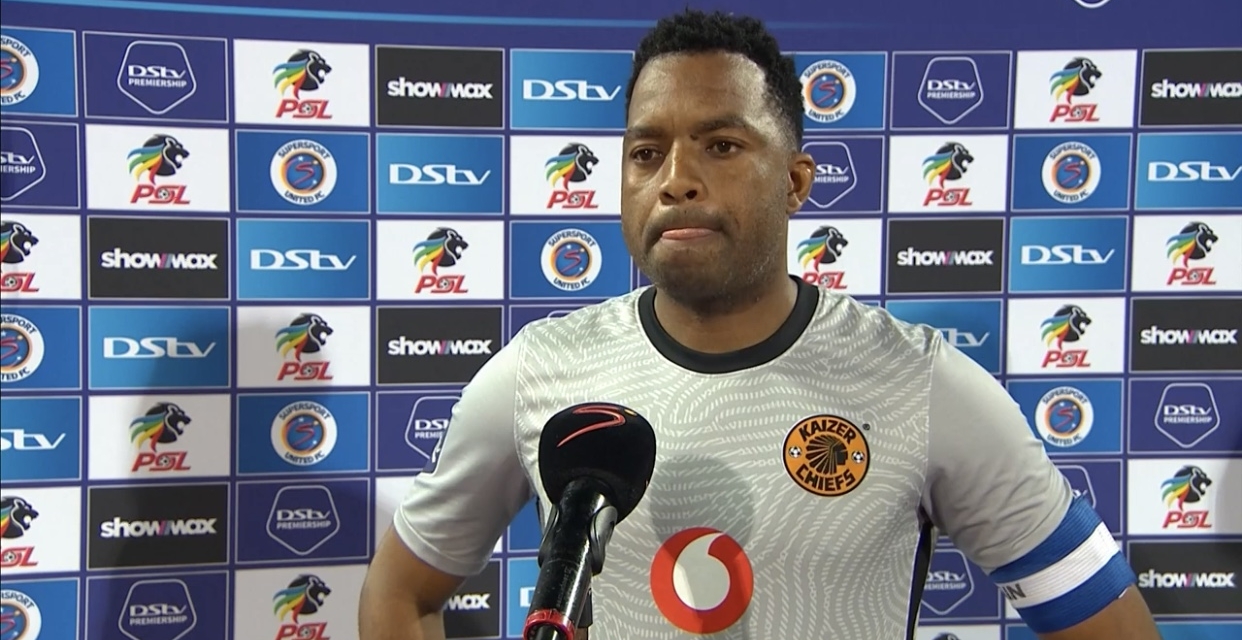 Kaizer Chiefs goalkeeper and captain Itumeleng Khune has admitted that he is trying to do too much and needs to stick to just the basic goalkeeping after yet another costly howler in last night’s defeat to SuperSport United.

With Amakhosi dominating proceedings in the first half, on the stroke of it, the 33-year old poorly-distributed the ball and it fell kindly to Matsatsantsa’s Sipho Mbule, who fed Bradley Grobbler for the latter to open the scoring against the run of play.

The error comes only a week after the Bafana Bafana goalkeeper gifted Ovidy Karuru a goal in similar fashion in Chiefs’ 2-2 draw with Black Leopards.

Speaking to SuperSport TV after the game, a dejected Khune said: “We dominated the game throughout, but didn’t take our chances. I gave the ball away, I don’t know, maybe I’m trying to do too much. Im trying to be ball player and goalkeeper at the same time and I should just stick to being a goalkeeper.”

“I want us to play more, I don’t want us to play the balls in the air. I want us to play from the back, I want us to look for those pockets, its unfortunate the opponents read my intention, converted the chance and its sad that I gave away two goals in two weeks.  Its very bad but we have go back to the drawing board, work on it and improve on it,” he added.