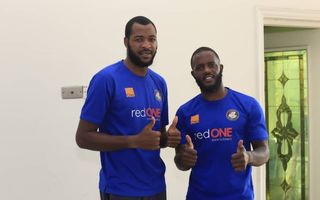 Zimbabwe international Victor Kamhuka says he is settling well at his new side Royal Malaysian Police and is looking forward to the start of the season.

The towering defender moved to the Asian country after spending one season at Myanmar side Ayeyawady United and inked a two-year deal at the Police outfit.

Speaking to Soccer24 from his base in Kuala Lumpur, the former Dynamos centre-back said all is going well at his new home.

“The new environment is good, the welcome was great and everyone has a winning mentality.”

“The season is starting on the 5th March and everything has been put in place. We were told fixtures will come out on Monday and my target is to try and work harder than I did before. You know a new environment brings new challenges but for me its same goals, same mentality,” he added.