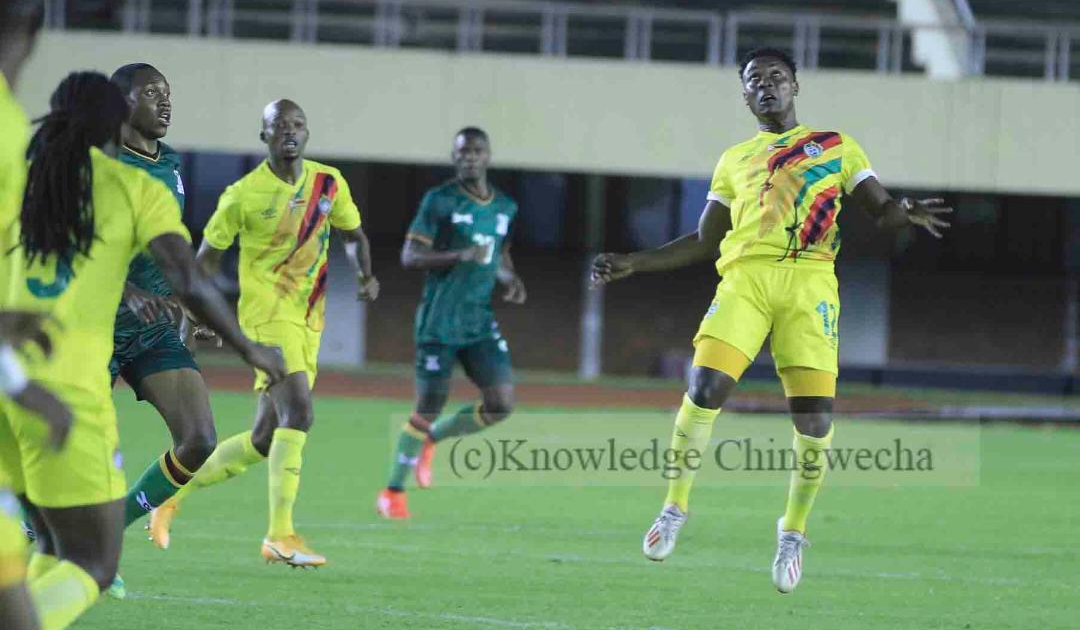 When the second half of Monday night’s AFCON qualifier between Zimbabwe and Zambia was about to start, Tanaka Chinyahara was pictured getting ready to come on.

Unfortunately for the Zambia-based midfielder, the shirt he was wearing (number 18) was not matching with what was written on the list of players submitted to the match commissioner.

He had to wait for about five minutes to finally come on, as a replacement for Croatia-based Romario Matova.

The 25-year-old, who made his dream come true Warriors debut in the international friendly against Malawi last year, was one of the players coach Zdravko Logarušić was eager to see in action after Zimbabwe had sealed qualification with a 1-0 victory over Botswana.

On a night when most Warriors stars had a bad day in office, Chinyahara came on and did what Logarušić asked, try to breath life into a lifeless Warriors midfield, in which Ovidy Karuru’s creativity was not being complemented.

In his match ratings out of ten, Warriors fan Alvin Zhakata singled out the diminutive Red Arrows midfielder for praise.

“Tanaka Chinyahara 7/10: Breathed life into the midfield with some deft touches and forwad, accurate passes. Young man is just comfortable on the ball,” opined Aluvah.

While Aluvah’s assessment is opinionated, it is also backed by statistics- Chinyahara never gave away possession until the referee blew the final whistle to end the battle of Zambezi.