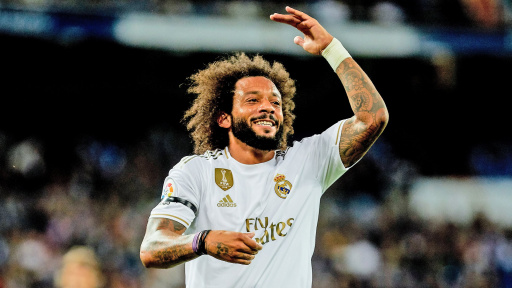 Real Madrid left back Marcelo can possibly miss Los Blancos’ Champions League semi-final second leg against Chelsea next week due to participation in the elections for the mayor of Madrid, it has emerged.

The Brazilian wore the captain’s armband in the absence of skipper Sergio Ramos when the 13-time champions drew 1-1 with Chelsea in the first leg at the Alfredo Di Stefano yesterday.

There is a possibility of him not being able to travel for the return leg at Stamford Bridge set for next Wednesday, as Spanish publication El Mundo is reporting that the 32-year old has been selected to be part of a polling station for the mayoral elections slated for May 4, the same day Zinedine Zidane’s charges are scheduled to travel to London.

Marcelo would also have to go out of the Madrid bubble to take part in the poll, which complicates everything.

The Florentino Perez-led Madrid hierarchy is however in the process of trying convince the electoral board to excuse Marcelo for him to travel for the decisive clash.