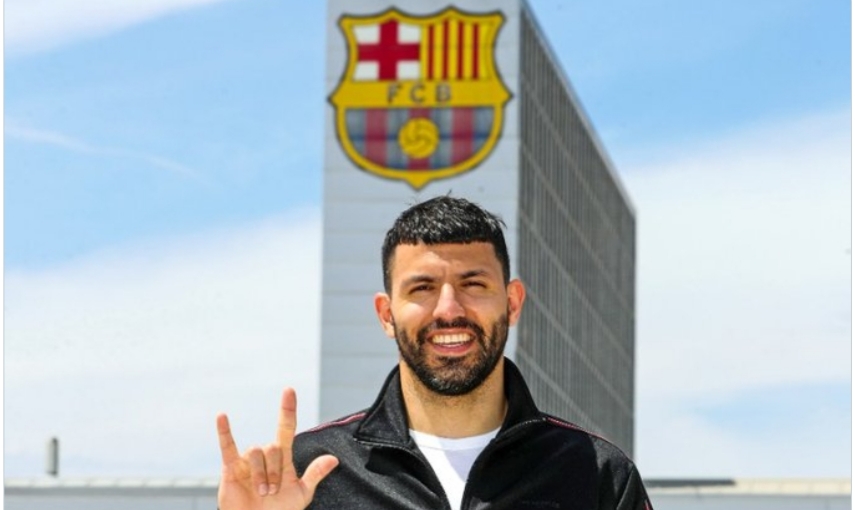 The 33-year old joins the Catalan club from Manchester City on a 2 year deal.

‘FC Barcelona and Sergio ‘Kun’ Agüero have reached an agreement for the player to join the Club from 1 July when his contract with Manchester City expires,” the club said in a statement.

‘The player will sign a contract until the end of the 2022/23 season and his buy out clause is set at 100 million euros.

‘Kun’ Agüero’s presentation will take place on Monday with the following agenda (all times CEST): ‘