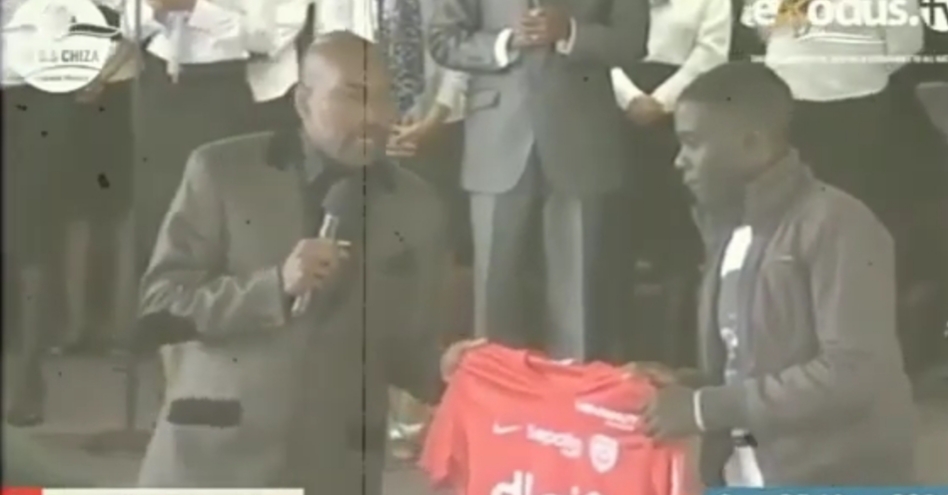 Bulawayo based prophet, Blessing Chiza, has revealed the role he played in Marvelous Nakamba’s rise to stardom through a prophecy made seven years ago.

Nakamba is one of two players from Southern Africa who play in the English Premier League, where he turns out for Birmingham-based Aston Villa, the other one being South Africa’s Percy Tau, who is on the ranks of Brighton and Hove Albion.

Chiza, the founder Eagle Life Assembly in the City of Kings where the soft-spoken midfielder attends, says he prophesied of the player’s rise to stardom seven years ago.

“It’s a journey I have walked with Nakamba which many people didn’t know. People should understand that Nakamba is my spiritual son and a member of Eagle Life Assembly. One thing about Nakamba is that he feared God and that’s why he reached where he is now. Look at his age, he is still young and will go far. I, however, don’t give credit to myself, it is the power of God. I’m one prophet who is against the use of juju in soccer and that’s why I’m always encouraging him to pray for strength in trusting God,” said Chiza, as cited by lifestyle tabloid B-Metro.

He adds: “Nakamba presented his club jersey to me on that day of the prophecy and I still have it. That is also when I made the prophecy which has since gone viral on social media platforms. He had actually come to testify how my prayers had improved his play in France.”

“I told him he was premiership material and that is also when I foretold him the colours of his next clubs and the colours I prophesied are that of Vitesse in Netherlands and his current club Aston Villa. I also told him he will be very rich and drive a Ferrari or Lamborghini. It’s unfortunate the prophecy of the cars is not part of that video which is circulating on social media.”

Soccer24 traced the video Chiza was referring to and he is seen telling Nakamba during a church service of how his career would be.

“You are going to other big teams in Europe, from Nancy, I see you rising, God is going to take you. If this does not happen, people will not know God. It has to happen according or against their imagination. Young man, you shall be very rich.” he says.

Below is the video;