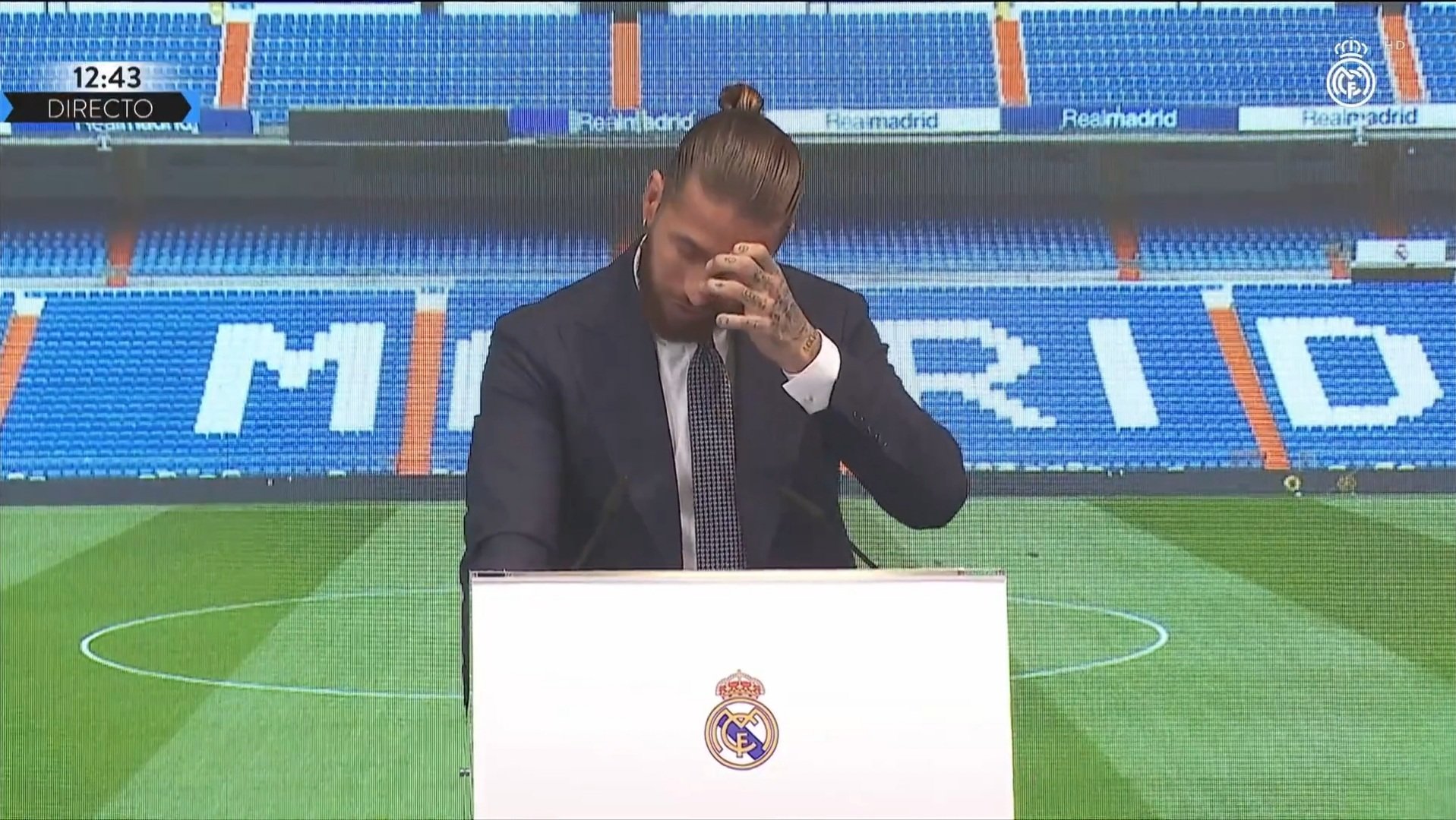 Real Madrid captain Sergio Ramos says he never wanted to leave the Spanish giants and he was actually surprised when he was informed that the offer given to him initially,  had expired.

The 13-time European champions shocked the world yesterday when they revealed that Ramos (35) will leave the club after 16 years of service, as contract renewal negotiations between the two parties hit a snag.

In his farewell press conference today, Ramos said his intention was never to leave Madrid.

“I accepted the 1-year offer at last, but the club informed me that the offer was no longer on the table. The contract renewal offer had an expiration date, and I didn’t know about it, ” a tearful Ramos said.

“I have never wanted to leave Real Madrid. In these last months the club offered me an offer of 1 year with 10% less salary. The money was never the problem. I wanted 2 years,” he added.