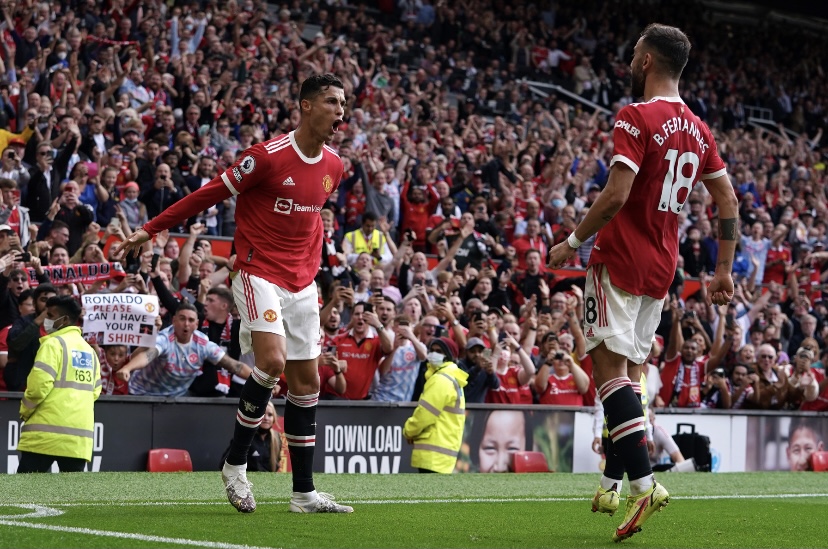 Manchester United fans were treated to a dream home-coming for Cristiano Ronaldo after the Portuguese superstar notched a brace in the Red Devils’ 4-1 victory over Newcastle at Old Trafford.

The 36-year old recently joined his former side from Juventus and stepped onto the pitch to  a thunderous applause ahead of kick off.

With the clashing heading to a goalless first half, the five-time World Player of the Year struck for  Ole Gunnar Solskjær’s side.

He reacted quickly to slot home the rebound from a Mason Greenwood shot, on the stroke of half time.

That goal was the difference between the two sides at the break.

Newcastle levelled matters just after the restart, Javi Manquilo restoring parity for the Megpies with a shot into the bottom corner.

That parity did not last long, as Ronaldo restored United’s advantage, his well-taken left-footer going through the legs of Freddie Woodman.