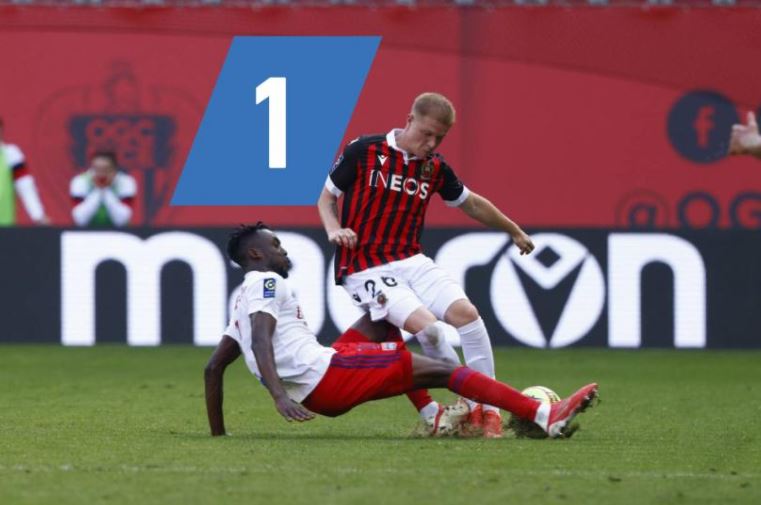 The lanky striker was shown a straight red card for a two-footed challenge on Nice defender Melvin Bard in the 85th minute, with Lyon 2-1 up.

With a man down, Les Gonnes went on to surrender the lead to eventually lose 2-3 and renowned French French publication L’ Equipe cleared blamed the former Harare City man for the defeat.

“Lyon winger Tino Kadewere cost his team the victory on Sunday against Nice (2-3) by multiplying the blunders before being sent off for a very dangerous tackle,” reads an article published last night.