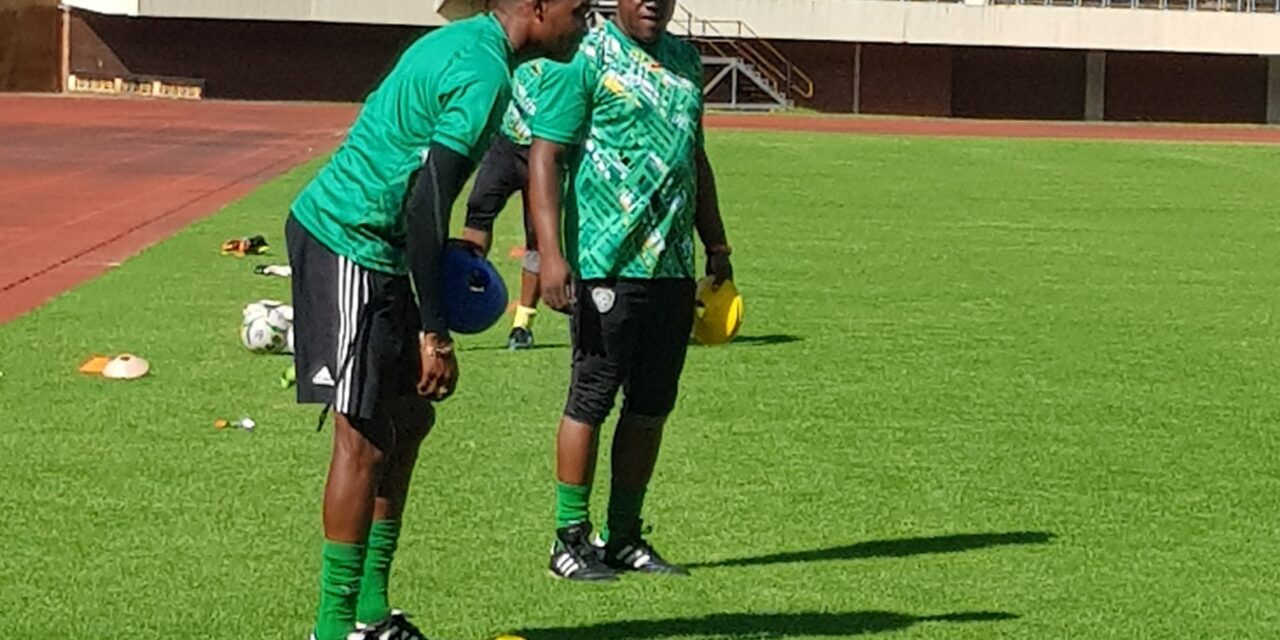 The AFCON-bound Warriors conducted their last training session at the National Sports Stadium this afternoon, before depature for Cameroon tomorrow morning.

Norman Mapeza’s charges went through their paces under the watchful eye of the former national team captain and his assistants Taurai Mangwiro and Mandla Mpofu.

24 players were at the giant facility, with Teenage Hadebe not part as he had not joined camp by this afternoon.

The gangly central defender is solving family issue but expected in camp this evening.

The 30-member squad will be trimmed to 23 before the team departs in batches starting tomorrow morning.

Well-placed sources revealed at the training session that Iceland-based midfielder Kundai Benyu has been drafted into the team and will fly directly to Cameroon from his base.