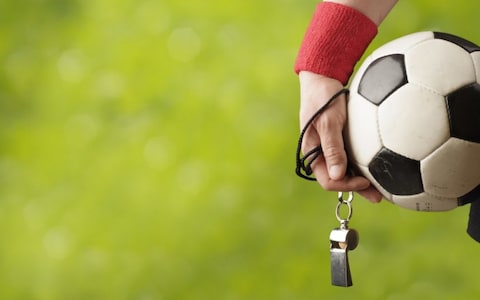 When football returned to the turf after the first year of the global pandemic, most of us thought that it was back for good. The teams returned to training, then to play, and slowly the fans were also allowed back to the grandstands to cheer for their favorite teams. The leagues made up for the lost time, almost overwhelming those following Betway live soccer betting odds with the sheer number of matches played. Then things returned to normal – but, it seems, not for good: the alarming spread of the virus is causing disruption in the working of the English Premier League, with some voices even speaking of the suspension of the season once again.

Several Premier League matches have been suspended last week because of the high number of players and staff testing positive for COVID. In the last two weeks, a dozen or so matches were postponed because of the players testing positive, affecting not only the normal workings of the League but the clubs’ international matches as well.

The situation has become worrying enough for the managers of the main Premier League teams to call a meeting with the leadership of the League itself today.

While the spread of the virus is obviously a common problem for every club in the United Kingdom, the managers don’t seem to agree on the necessary measures or the level of restrictions needed at this point. Remember, the Premier League doesn’t take a break for the holidays – a Boxing Day match is a tradition for the competition.

Liverpool boss Jurgen Klopp has argued against the suspension of the season as a whole but has proposed a more flexible schedule to be elaborated. It seems that other managers agreed with him, and so did the leaders of the league, outvoting those arguing for a suspension.

A decision has been made

In a statement published on its official website, the Premier League has announced that, although it does recognize the issues experienced by some of the teams due to the ongoing pandemic, it won’t suspend the Premier League season at this time. “The health and wellbeing of all concerned remain our priority and the League will continue to monitor and reflect public health guidance, always proceeding with caution,” the announcement reads.

In the same announcement, the League has published details about the players’ vaccination rates, revealing that 92% of all the players have had their jabs. This percentage includes those who had one or two of their vaccines, along with those who already had their boosters, without revealing details on how many of the players are in each situation. Also, the EPL made it clear that it will reveal the vaccination status of all players at the end of each month.