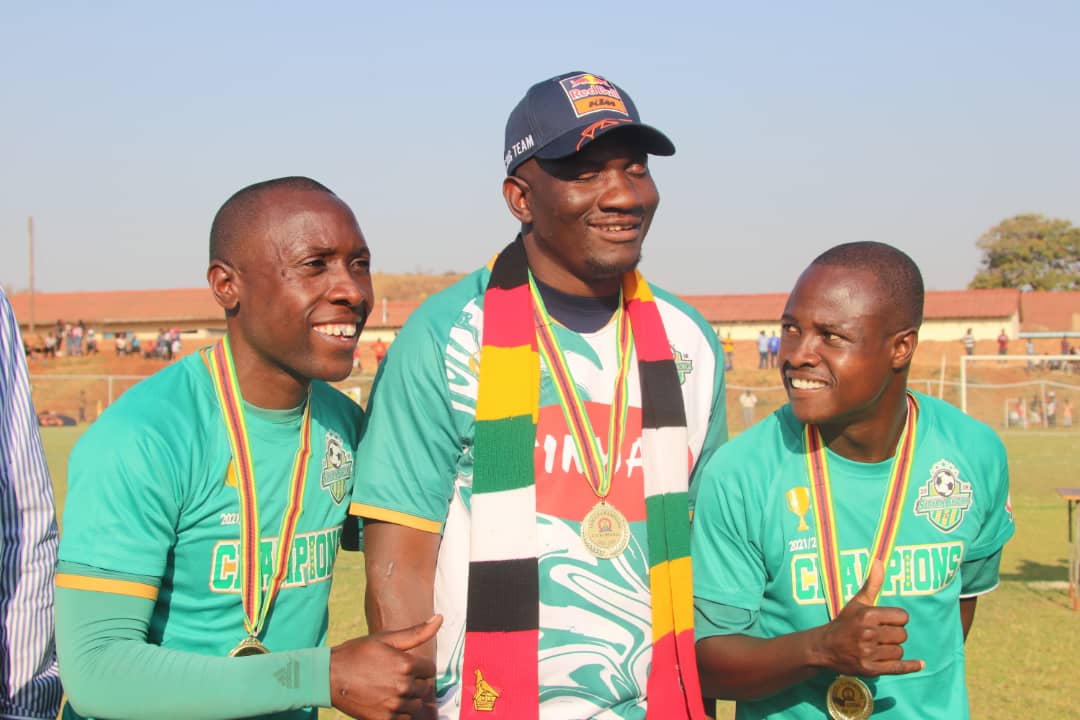 SHAMVA- Ambitious Northern Region Division One side Simba Bhora have been promoted to the Premier Soccer League (PSL) after beating Commando Bullets 3-0 at Wadzanai Stadium yesterday.

Arthur Tutani’s charges needed a victory against the army side to win the sole ticket to the country’s top flight.

The league’s top-goalscorer Tinashe ‘Maswera’ Balakasi thrust them ahead on the stroke of half time with a brilliant diving header —his record 29th goal of the season.

The Simba Ndoro-owned side now have an unassailable seven point lead at the summit of the table with one game to go.

This is the third team Tutani has led to the PSL, having previously done so with Sporting Lions and Mwana Africa and the veteran coach gave credit to his troops.

“It was a difficult season indeed, but we remained focussed with the our eyes on the prize,” Tutani said after the game.

“We were behind Herentals U20 at some point but we chased them knowing that the season is a marathon.

“That is what we did, as well as encouraging our boys to remain focused even during the times we were behind. I wanna them give credit for the resilience,” added Tutani.

Tutani urged the Simba Bhora hierarchy to make some additions to the squad so as to compete in the PSL.

“We need to strengthen the squad so that we match the quality of teams in the PSL,” said the coach.