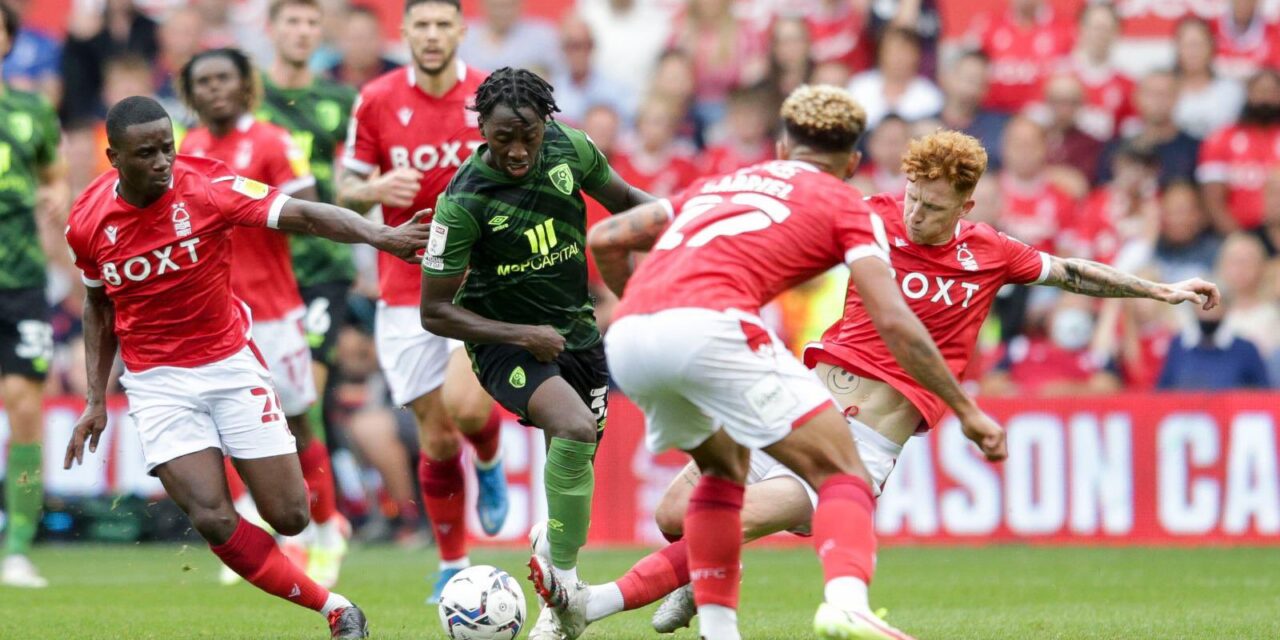 Another action-packed weekend of football has passed by- here is how Zimbabwean players abroad fared for their respective sides.

Tino Kadewere came off the bench in Olympique Lyon’s 0-3 defeat to Angers in the French Ligue 1.

The lanky striker made his first appearance for Les Gones this season, having missed the season opener, a 1-1 stalemate with Brest last week.

Still in the French top-flight, Marshall Munetsi came on in the second half of Stade de Reims’ entertaining 3-3 draw with Montpellier.

Marvellous Nakamba started for Aston Villa in their 2-3 defeat to Watford in the opening weekend of the English Premier League.

The midfielder was given credit for his performance ,despite the loss.

Still in England, Admiral Muskwe was introduced as a second half substitute in Luton Town’s 2-3 loss to West Brom in the Championship.

Jordan Zemura started for Bournemouth in their 2-1 win over Nottingham Forest.

Nyasha Mushekwi scored his first hattrick in the Chinese League One this season,  in Zhejiang Greentown’s 3-0 win over Beijing BIT.

He got his first goal in the 40th minute before doubling the lead two minutes into the second half.

The big striker how now leads the race for the golden boot, with 15 goals from 18 matches.

Knowledge Musona made his league debut in Saudi Arabia, for Al Tai in their 0-1 defeat to Al Hilal.

The Warriors skipper started upfront and played their entire game.

In the United States, Teenage Hadebe’s wait for his first win in the Major League Soccer continues, as his Houston Dynamo lost yet again.

Tab Ramos’ charges were beaten 1-3 at home by Colorado, in a clash which Hadebe started and played the entire 90 minutes.

Still in the United States, Tatenda Mkuruva was between the sticks, for Michigan Stars in their 1-2 defeat to San Diego, in the National Independent Soccer League (NISA).