Chivayo pulls out of Warriors sponsorship after “disrespectful” report 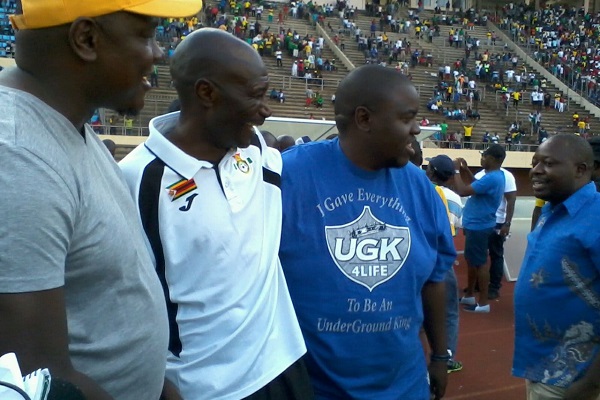 Local businessman Wicknell Chivayo says he is officially pulling out of sponsoring the Warriors. Chivayo’s pull out comes after a report in the Sunday Mail claimed that Warriors head coach Callisto Pasuwa had not been paid since getting a ZIFA contract.

Chivayo has brought relief to ZIFA and the national team and cleared the debt owed to former Warriors head coach Tom Saintfiet.

He also brought both Pasuwa and Mighty Warriors head coach Shadreck Mlauzi a car each and rewarded the Warriors for the win over Swaziland.

In a long statement on Facebook Chivayo slammed the reporter as being foolish and overzealous who needs psychiatric attention.

Part of the statement on his Facebook page read:

I was very disappointed to read this article yesterday in the Sunday Mail suggesting I have failed to honor my commitment to pay the coach’s salary. With the greatest respect this foolish and over zealous reporter needs psychiatric attention. I run multi million dollar businesses and I don’t work for ZIFA so if nothing has communicated to me I’m not supposed to guess , speculate or conjecture. It must be noted ZIFA has no bank account and owes creditors 6 million dollars. So many people have writs of execution to attach property or money identified as belonging to ZIFA. To ensure players get their money you have to be extremely circumspect and discreet otherwise the money will be intercepted and forfeited. My vision was simply to turn around football all in the interest of the nation. I had to reduce my holidays from one every 2 months to one every 4 months. From the 1 million dollars i committed as sponsorship to date I have parted with 478 thousand dollars and above that Pasuwa’s car cost me 69 thousand dollars Mlauzi’s 41 thousand. Simple calculations show almost 600 thousand dollars used in 3 months as opposed to the agreed 3 years. If I say i have given players 72 thousand dollars and 28 phones you must know that’s nothing but the truth. My reputation in retrospect speaks for itself.

Wicknell also pointed out that he would not tolerate disrespect or ungratefulness and although he would commit to paying Pasuwa’scontract for a year he would now end his sponsorship.

THIS OFFICIALLY MARKS THE END of my sponsorship for the WARRIORS for 2016. It takes a lot of love to spend 600 thousand dollars on people you don’t know or are even related to so you will all appreciate my reasons for reacting this way in the circumstances. I can’t tolerate ungrateful people and i will never take this type of rubbish in my life. It’s a different thing if I wasn’t paying their bills and giving them money immediately upon request. However having said that as a gesture and as a level headed person I will go ahead and set up the escrow account today and make PASUWA’S one year salary is secured.

Chivayo pulls out of Warriors sponsorship after “disrespectful” report