Can Logarušić get the best out of the ‘tripple K’ and lead Warriors to Qatar? 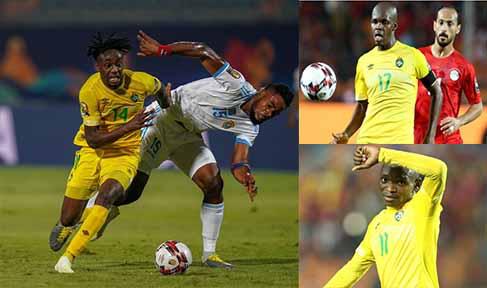 Zimbabwe is one country with arguably a rich football history when it comes to players making a mark on the global scale.

In 1992, a local player made a histroric move from Bosso to Coventry City and became the first African to grace the English Premier League. That was the legendary Peter Ndlovu.

In the same year, his brother, the late Adam, went for a well-documented Manchester United fairy tale trial stint.

Benjani Mwaruwari was involved in the highest scoring game in Premier League history and scored a hattrick in it.

But for all those achievements, none of those legends managed to spearhead World Cup qualification for Zimbabwe, a landmark which has evaded the country since independence in 1980.

The task to break that jinx is now in the hands of Croatian coach Zdravko Logarušić, who has the ‘Golden Generation’ of Warriors stars at his disposal.

If Logarušić is to lead the country’s senior men’s national soccer team to dizzy heights, one of the major issues he has to address is the unleashing of a reliable and consistent centre-forward to take some weight off the shoulders off captain Knowledge Musona and Khama Billiat.

In the AFCON 2019 qualifying campaign, Musona and Billiat shared 8 of Zimbabwe’s total 9 goals  enroute to Egypt, a clear sign of no centre-forward coming to the party.

However, the emergence of Tino Kadewere can change all that.

Not that the lanky striker has not played for the Warriors, but his performance in the gold and green strip has not been according to expectations, something which he even admitted last week.

He scored for fun for Le Havre in the 2019/20 season and if Logarušić can ensure he transforms that goal-scoring form to the national team and also make certain that he combines well with Musona and Billiat to the point of also partaking in the scoring responsibility, the football-loving nation can dare to dream when it comes to Qatar 2022.