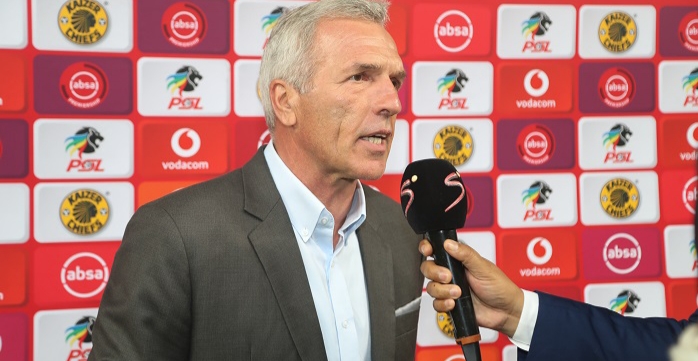 Kaizer Chiefs coach Ernst Middendorp has finally shared his thoughts on Khama Billiat’s performance in the 2020/21 campaign, admitting that the Warriors forward has not been at his best.

The German was responding to a question posed at him in the wake of what some have labelled a below-par season for the pint-sized winger, who has scored just one goal in 19 appearances for Amakhosi in the current campaign.

Even though Middendorp chose to be diplomatic in response, he did acknowledge that Billiat has not had the best of seasons for the title-chasing Chiefs.

“We know it’s not a great season from Khama, but everybody knows there’s huge potential and we can only support him and put him into the next movement and expect that he will do better,” he told reporters after  his side’s 1-3 loss to Bloem Celtic on Wednesday.

Billiat’s performance since he arrived at Naturena from Mamelodi Sundowns in 2018 has generated a lot of debate, with Amakhosi ‘legend’ Jabulani Mendu recently suggesting sacarstically that  the Brazilians might have given Kaizer Chiefs the wrong Billiat, while a celebrated sports journalist in Zimbabwe responded by saying Kaizer Chiefs are ones who can’t make use of him properly.